How Much Do Things Really Cost in Costa Rica? 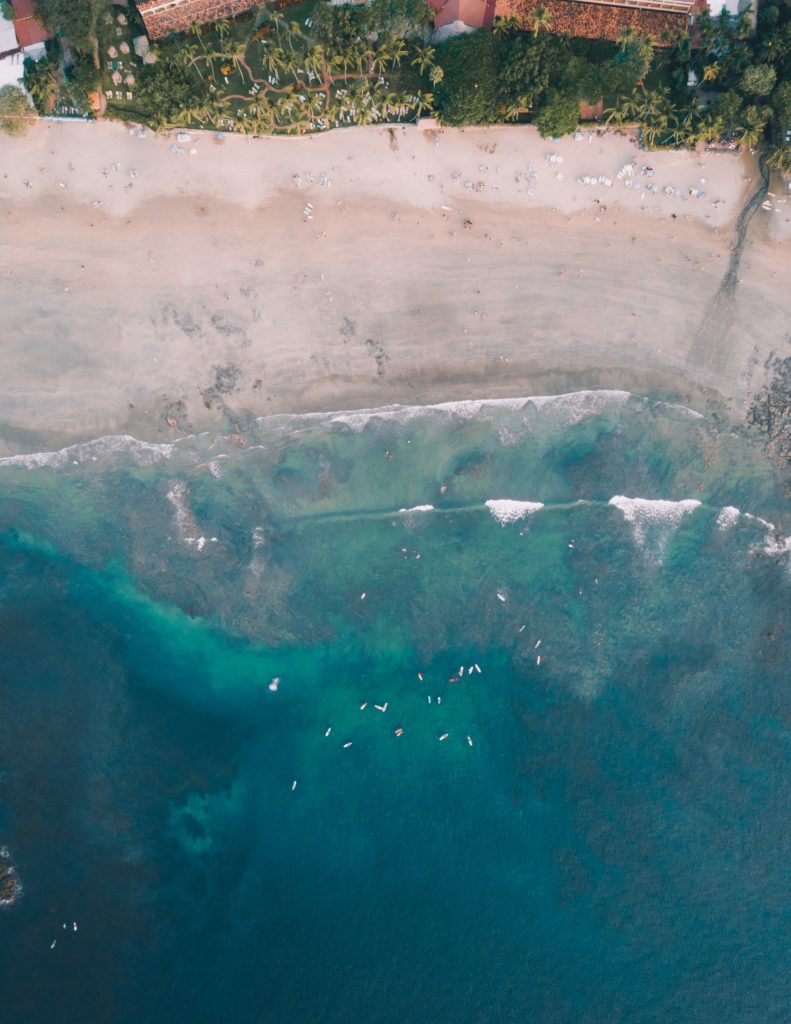 Ever wondered what the cost of living in Costa Rica is really like?

One of the things that I hear a lot of expats discussing is how expensive they feel Costa Rica is, and although it’s true for a few things, overall, I really don’t agree.

For tourists who don’t know the lay of the land and where to find bargains, it can definitely be the case, but once you’ve lived here for a while and done your research, it’s totally doable to live and budget for a life that costs the same, or even less, than what you were paying back in your home country.

Go here for another article about some important things you really should know if you’re thinking of moving to Costa Rica.

A perfect example of something far cheaper for us here in Costa Rica is cell service.

We have prepaid SIM cards with Kolbi ICE, and on average we spend $20-$30 per month each for our mobile usage. This is for calls, texts and all our data usage when not on WiFi.

Some people who come here to live/stay for shorter periods of time keep their cellular plans with their US providers, namely Sprint and T-Mobile, which will usually run you at least $100 or more per month. If you’re back and forth between CR and the US frequently, though, it may be practical.

Some people have two SIM cards, one for here, and one for the US, and will have their US calls forwarded to their CR number when they are here. This seems to be a best of both worlds option for some.

Point being, our family spends $200+ less per month on our cell phones than we used to in NJ, and that’s just one thing.

Other things which are inexpensive here in Costa Rica:

Coffee – you can get 500g, or about 1.1 lbs. of freakin’ delicious Costa Rican coffee, some of the best coffee in the world I might add, for about $4-$5. Luxury has never been so affordable!

Local fruits and veggies – at most farmer’s markets or fruit and veggie stands, you can get a BIG bag of fruits and veg for under $20. Pineapples can be bought for $1-$2, bananas are between 10 and 17 cents each usually, and papaya, mango, watermelon, coconuts, cucumbers, onions, potatoes, cilantro, etc. are all inexpensive.

Local beers – Costa Rican beer prices are about on par with what you’d pay for something like Bud or Miller’s Light in the US. It costs about $7 for a six pack of cans. Bottles are often cheaper, but you have to pay a returnable deposit on them, so factor that in.

Cigarettes – I know, I know…. hubby is promising to quit *sigh*… but at $4/pack, at least they’re not the expense they are in other countries.

Car repairs – This one kind of goes both ways. You may need to get your car fixed more often here, since most cars are old and need to be repaired regularly, but the repairs themselves are much less expensive than comparable repairs in the US or Canada. Probably 25-50% less.

Finding an honest and reliable mechanic is a whole other story, but if you do find one, hang on to them for dear life!

Small things are often surprisingly cheap. For example, it’s not exactly a repair per se, but I got a flat tire patched at a local mechanic and back on my car the other day for $5! Bloody bargain!

Local restaurants – Keep in mind, we’re talking about Costa Rican restaurants which are geared for locals, and not your average spot that is most likely priced for tourists.

It’s super easy to get a huge plate of delicious “comida typica,” or local Costa Rican cuisine at a “soda” as casual Tico restaurants are known, for about 3000 colones ($5) or less.

Here’s one guy’s experience with a soda for a typical Costa Rican breakfast:

Ask around for recommendations for a local’s favorite soda and if you’re there for lunch or dinner order a “casado” which is a typical Tico meal combo plate piled high with your meat of choice, rice, beans, boiled potatoes (and sometimes some French fries for good measure,) and salad. Filling, delicious, and economical to boot!

Haircuts – Personally, I’m suuuuper low maintenance, and I don’t get my hair cut all that often. Maybe once a year if I’m really splashing out, but haircuts for my husband and two boys are a far more regular occurrence, and fortunately they’re very inexpensive.

They all see a kick-ass barber up the road by the name of Roman, and for his extremely well executed haircuts, he charges C3500 for adults (just under $6) and C2500 (just over $4) for the boys. Hubby likes to go with a pretty fresh style, often with a high fade or mohawk and some decorative lines shaved in, and Roman is an absolute artist with the clippers!! Of course, with such inexpensive prices, hubby adds a sizeable tip every time!

Health Care – Every foreigner that obtains residency here, pays into and is covered by the CCSS, or caja as it’s known. The amount paid by an adult is between 7-10% of their monthly income.

If you are not a resident but are living semi-permanently here via the perpetual tourist option, or are perhaps taking steps towards residency, but not fully there yet, there are many affordable options for expat health insurance that cost far less than comparable coverage in the US.

If you want to pay for any private health care services out of pocket, these are also far cheaper than what you’d pay in the US. A visit to a walk-in clinic, for example, is around $40-50 in Tamarindo or the surrounding area. Prescriptions are also relatively inexpensive.

Dental Care – You might be surprised to learn that there are actually companies that specialize in “dental tourism” for Americans who need to have expensive procedures like implants or cosmetic dentistry such as veneers done.

These folks are willing to pay to travel to Costa Rica and have it done here because even with flights, hotel, and travel expenses, it’s still far cheaper than what they’d pay in the US, and the quality of the dental work done here is generally very high.

Things that are more expensive:

Cheese – This is at the top of the list for a reason. I LOVE CHEESE!! And cheese prices here pain me. Yes, it’s significantly more expensive here in Costa Rica. Sometimes it’s on sale, and we stock up. It’s a cross I’m willing to bear.

Gas – Current price of gas here in Guanacaste as of today (Apr26/2019) is around $3.75 per gallon, so more expensive than the States, but about on par with Canadian prices.

Used cars – I could write an entire blog post just about this! In short, most used cars here go for 50-100% more than what they would be sold for in the US.

The reasons are complex and have to do with import regulations and taxes.

Our car here is a ’98 Honda CRV that had about 140,000 miles on it when we bought it. (possibly with one owner or dealership having rolled back the odometer at some point, as is a fairly common occurrence here).

We bought it for $4500 about a year and a half ago, and we were able to get a deal on it since the owner was leaving only a couple of days later. He could’ve probably gotten $6000 if he’d had a little more time to wait for a buyer.

Imported food and drink – This is for fairly obvious reasons, and it is getting better, I believe, but the fact is that companies that import food and beverages from outside of Costa Rica are slapped with fairly hefty import fees, so until that changes, eating local is our best option.

Cosmetics and healthcare items – This one more than a little annoying at times, and I really don’t quite get why it’s all so expensive. Frustratingly, many products are 2x or 3x or even more than the price they are in the States. And not just in our touristy area. It’s the same everywhere across CR.

You also can’t import anything in the beauty or cosmetics realm because of ridiculous import fees and special paperwork that needs to be filled out if you want to do so.

There are occasionally deals can be found in discount stores like Pequeno Mundo in Liberia, but even in Walmart, it’s impossible to buy a bottle of CoverGirl foundation for less than $20!! And if you want to “upgrade” to L’Oreal? Try $30.

A positive spin on this, is that I’m a reformed product junkie, and I have far fewer things cluttering up my cabinet and makeup bag than I once did. Read: I use coconut oil for everything!

The best option for your must-haves is to have friends and family “muling” your essentials once or twice a year if at all possible. There’s no limit to what can be brought in when arriving from another country by air. (within reason and legality of course!!)

Natural and organic foods – This one has been a real toughie for me at times. I am a bit of a crunchy mama, and having decent natural versions of convenience foods, like a good variety of organic and non-GMO cereals, organic chips, crackers, granola bars, and cookies for example, was something that I totally took for granted back in the States!

I do enjoy cooking, hubby even more so, being a chef and all, but there are plenty of times when some decent, all-natural convenience foods would make my life a whole lot easier.

Sadly, 99% of the convenience foods available in regular supermarkets here are loaded with artificial flavors and colors, hydrogenated vegetable oils, toxic preservatives, and pesticides. Organic dairy is all but non-existent.

It sometimes feels like the country is about 30 years behind the US as far as awareness of what constitutes healthy or quality ingredients.

Also, despite the availability of lots of fresh fruits and veggies, finding organic produce is a little more work, although availability has been improving recently.

Pimienta Verde in Tamarindo, and the Natural Food Store in Huacas have made it easier to get ahold of organic produce in the last couple of years, but the selection is limited, and it’s often more expensive, so definitely not always in the budget.

These stores, along with Almacen Natural Foods and a couple of regular vendors at the Saturday morning market in Tama have made natural foods, including a small selection of convenience foods, much more readily available, but again, most come at a pretty steep price; one which hasn’t been in our budget lately.

So, I’ve had to lower my standards a little, and get creative by baking more, and cooking from scratch as much as possible.

I’m almost used to it now, but you’d better believe I’ll be packing an empty duffle to fill with food from WF and Trader Joe’s the next time I’m back in NJ!

The cost of living here is not necessarily more than it is in other countries, like Canada or the US. But it does take a little research to know how to live frugally!

Anything I haven’t covered here that you’re curious about? Ask me in the comments! 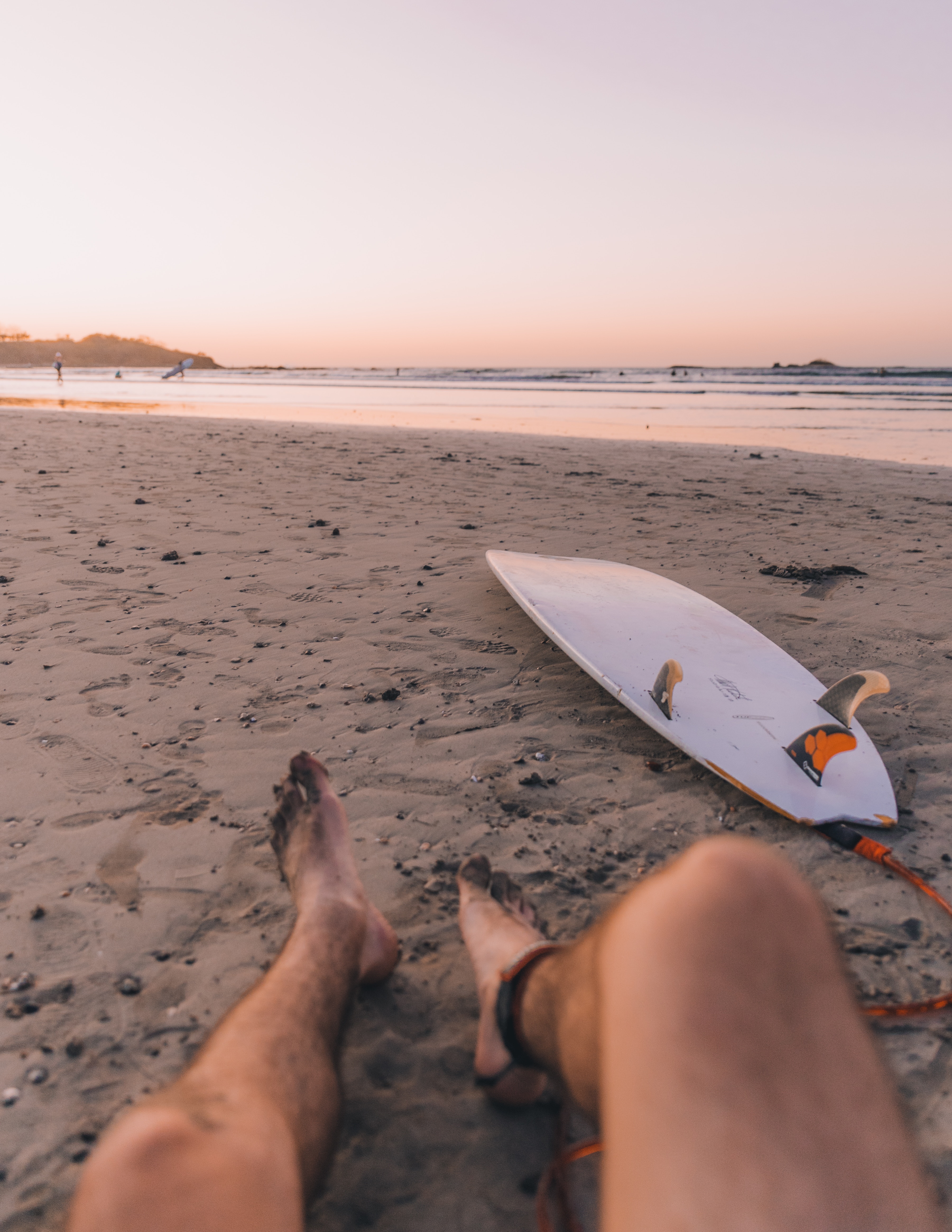 9 Important Questions to Ask If You’re Thinking of Moving Abroad! 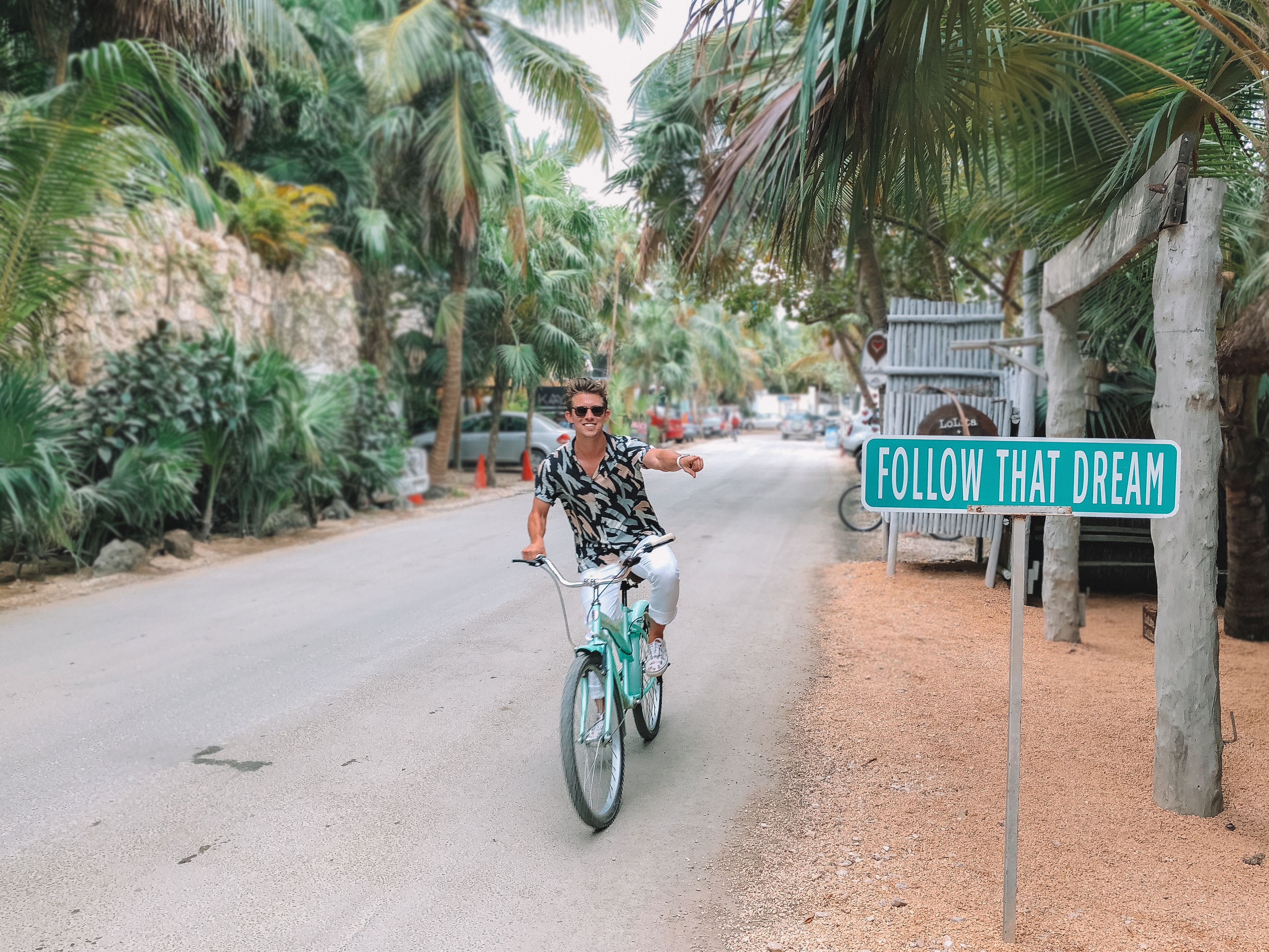 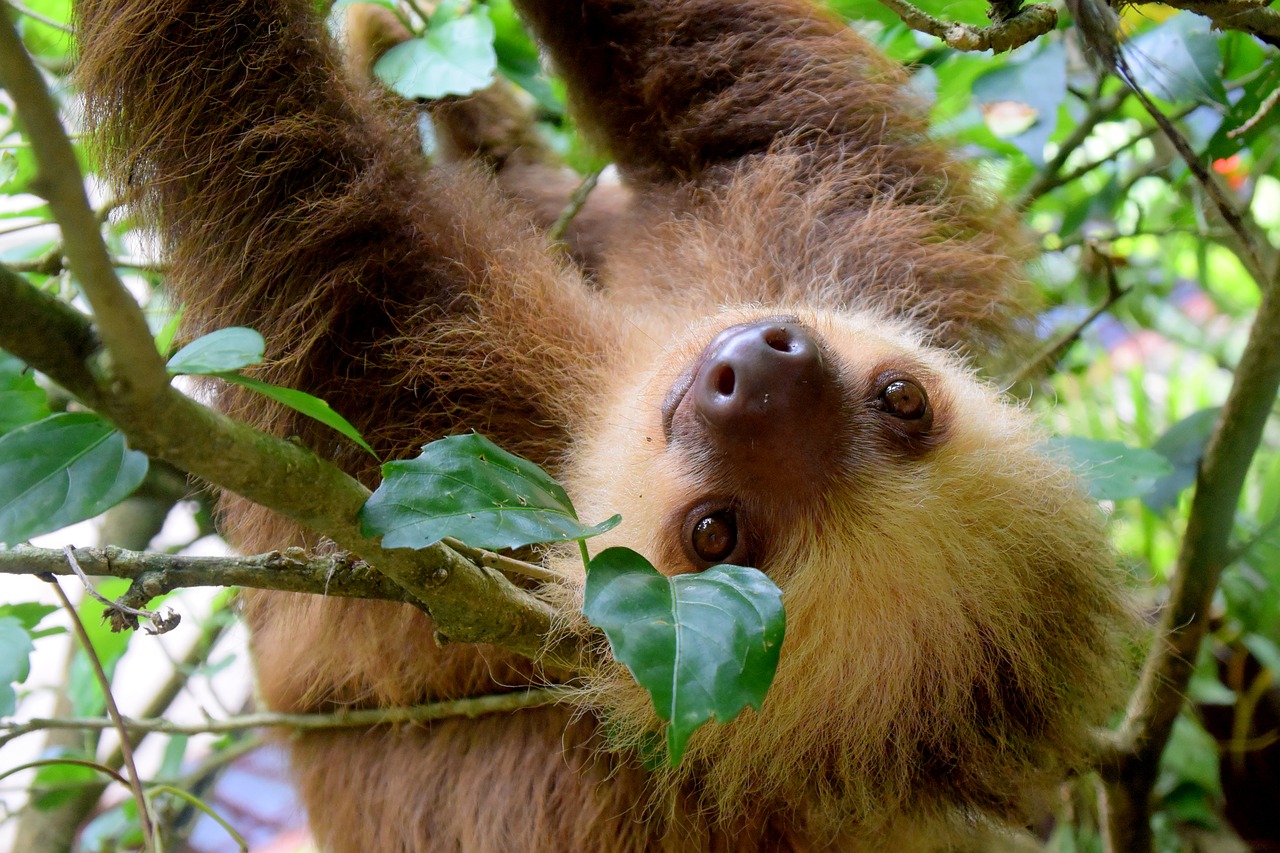 Thinking of Moving to Costa Rica? Some Things You Should Know! 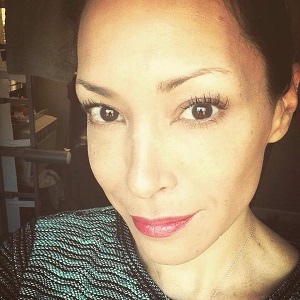